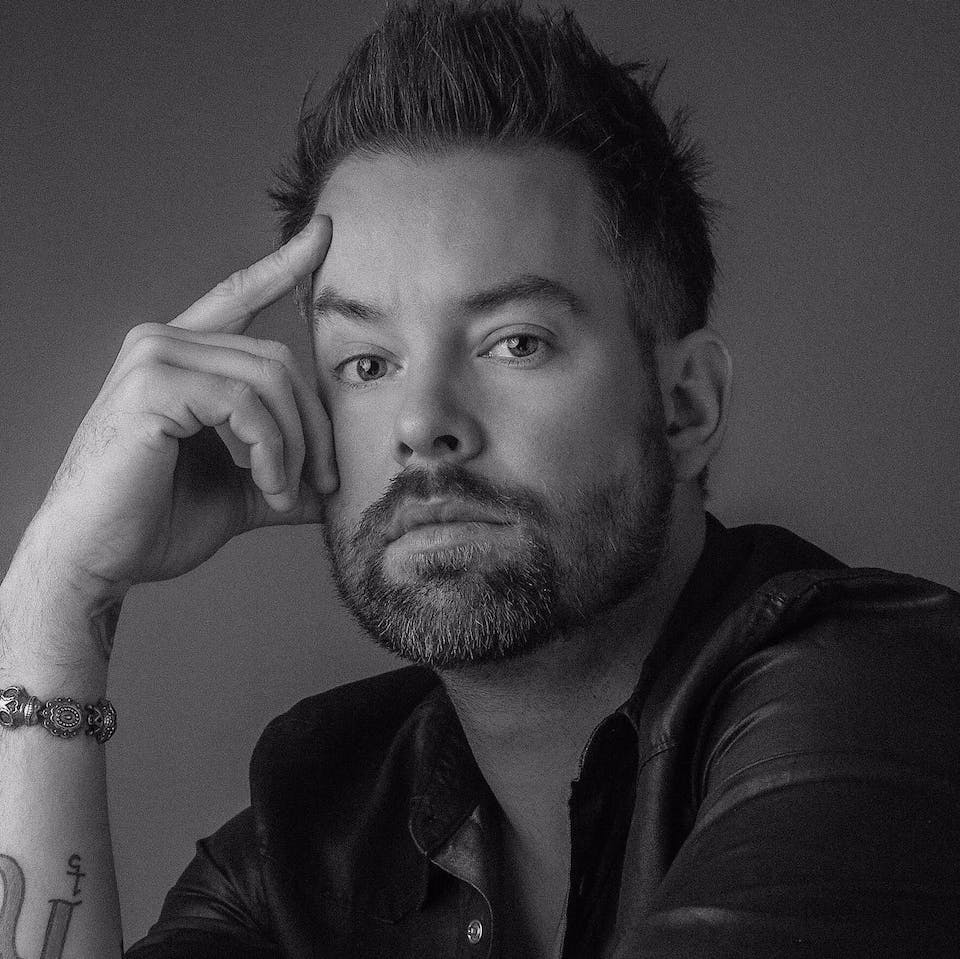 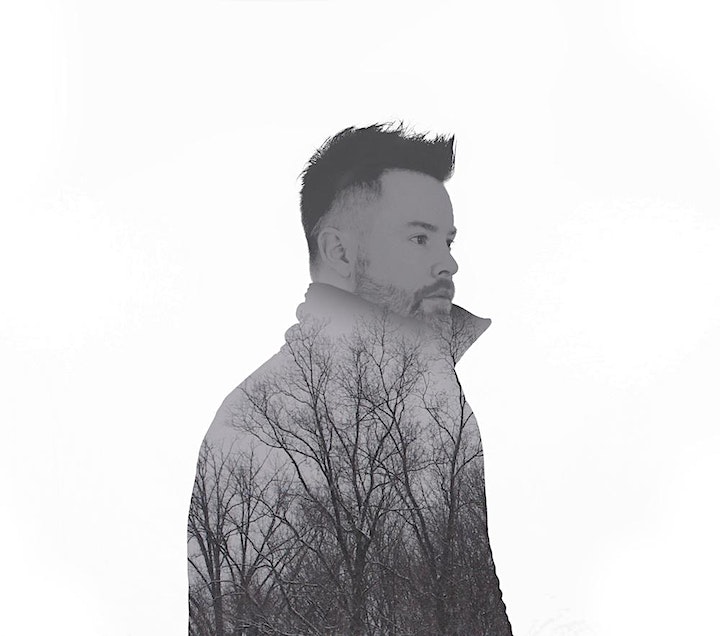 Paul McCartney once sang, “Some people want to fill the world with silly love songs” but on David Cook’s latest EP, CHROMANCE, he isn’t one of them. While he has written his share, he decidedly took a different turn this time out. “I wanted this EP to feel like the darker side of love. I recently found some psychology textbooks from college and read about different forms of love – parental, platonic, romantic, obsessive. When most people, including me, write love songs, it’s usually “you and me against the world,” but I wanted to tap in to the murkier aspects of love people rarely talk about.”

David Cook (and yes, he is the winner of American Idol’s Seventh Season) certainly knows his way around a good song. His first album, ANALOG HEART, came out pre-Idol, and his last album, DIGITAL VEIN, nicely bookended that chapter of Cook’s career. With CHROMANCE, he is starting fresh. “I was a ‘rock’ guy, but the further away I’ve gotten from that, the more I’ve opened up and found inspiration in the peripherals. I wouldn’t have had the courage earlier in my career, but now I have the confidence to go after the sound I want.”

The outcome is pretty outstanding. The first single, released this summer, is “Gimme Heartbreak,” an up-tempo track that throws the listener right in to the record. A bit bluesy and a lot anthemic, Cook calls this song “the appetizer to the rest of the album,” singing about being in a relationship that isn’t the right one, but staying in it anyway, which sets the tone for CHROMANCE. “I love the universality of this track. I think everyone has been in the position where they’re either too lazy or too scared to get out of a relationship they know isn’t going to work.” The next single, “Ghost Magnetic,” is a darker, slower moving track, a plaintive tale about allowing ghosts of old relationships to infiltrate a new one. A fan of cinematic pop, Cook cites Halsey’s album BADLANDS and the song “Running with the Wolves” by Aurora as examples of his motivation to write songs where every sound pushes the narrative forward.

While all the tracks on the EP represent a shade of love, hence the title CHROMANCE, Cook interestingly chose to cover Phil Collins’ “Another Day in Paradise.” The song, about homelessness, was, at the time, a departure for Collins, which is partly what drew Cook to it. “In a macro sense, to me, this song is about love. I don’t want to put words in to Phil Collins’ mouth, but to me it felt like it was about love in a societal sense. I started noodling on it in my home studio and within thirty seconds I had the whole bed of the song worked out.”

A fan of both Massive Attack and Nine Inch Nails, Cook always admired how they pushed the envelope and brought pop elements in to rock music. “I used them as a bedrock for this EP and how I wanted the record to feel.” Self-produced, Cook’s songwriting started out as an open process as well. Meeting with different songwriters such as Nathan Chapman, Steve Rusch and Ryan Star, Cook wasn’t necessarily looking to write his own album. “I wanted us to write the best song in the room; I didn’t think about who it would be for. “Gimme Heartbreak” was written with Steve, and it was done really quickly. “The Lucky Ones” was a co-write with former Churchill lead singer Tim Bruns, and that was written fairly quickly too. After that I thought, ‘let’s chase this rabbit’ and find songs that complement these two. That led to “Warfare,” which I wrote with Nathan and “Ghost Magnetic” with Ryan, with whom I’ve written before. The last track, “Circles,” was written by me, which I love. It’s about a relationship ending with no hope of reconciliation.”

If putting out an EP wasn’t enough to keep Cook busy, in April he’s heading to the big white way for his Broadway debut in Kinky Boots as Charlie Price. “I’ve had conversations about finding creative outlets outside of being a musician, but the timing was never right.” While Cook is excited for his first starring role, he’s also aware how timely and relevant the message behind Kinky Boots is right now. “I am honored I am going to be part of this show and get to work with so many amazing people. I love the collaborative aspect of theatre too, the idea of being part of a creative team and working it out in front of an audience each night.”

Another passion of Cook’s is his work with ABC2, a Washington DC-based nonprofit that drives cutting edge research and treatments for brain cancer and brain tumors. “I’ve been very involved with the charity ABC2 and am very grateful that my career has allowed me to do that. I lost my brother Adam to a brain tumor in 2009; every year I am part of an event in DC and my fans alone have raised over 1 million dollars for this charity. Far and away, that is the proudest of all my achievements.”

And what does he think of the Idol re-boot? He’s all for it. “To me, what American Idol represented more than anything was opportunity. It was another chance for singer/songwriters to showcase what they did. Some people thought Idol was a shortcut, but I spent ten years playing out hoping to get noticed before I auditioned. I want the show to do well because I think that’s good for music.”

Being good for music is something David Cook has strived for ever since he left college to make performing his full-time career. He is well aware, and grateful, for the breaks American Idol has brought his way, and for the opportunities he continues to have. He has no plans to slow it down. “I love creative endeavors. I like starting with nothing and then finishing with something that didn’t exist before. That’s my favorite thing about creating new music. I love being able to put something artistic out in the world for people to enjoy.” 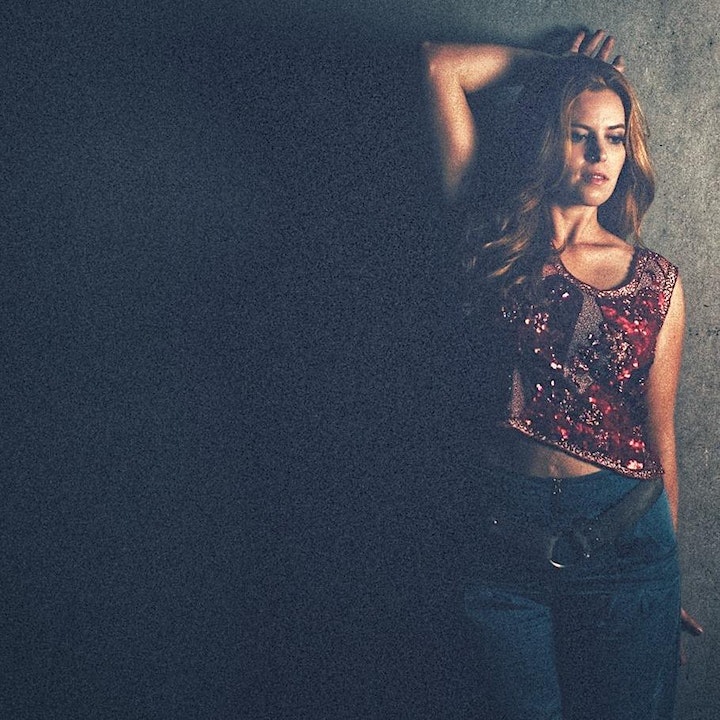 Rocky Mountain raised Singer-Songwriter Megan Burtt says “I’ve always written songs . “I took piano lessons when I was young, but when I picked up my dad’s old classical guitar, things took off.” Inspired by Joni Mitchell’s Blue, Burtt taught herself to play, dreaming of a musical career. “I didn’t know any girls who played music, but Blue, Bonnie Raitt’s Nick of Time and the women on the MTV videos I saw, let me know it was possible.” Megan now splits her time between Brooklyn, NY, Denver, CO and on the road.